April 19 . Levada do Castelejo is not one of the most frequented levadas, but it offers a varied walk along its path, first through the upper parts of the small village Cruz and then along the luxuriant valley of Ribeiro Frio. Occasionally you almost get a feeling of jungle. The narrow path and the sparse existence of railings may not make this levada the first choice for the unexperienced levada walker. The most important rule for any levada is even more important here: Walk or admire the view. Never both at the same time.

Today was not the sunniest day of the journey, but the temperature was nice for walking. When we returned we walked the last hundred meters through pouring rain, but it didn’t matter much since we always have our folding umbrellas in our backpacks. On our way out though, there were quite a few glimpses of sun.

Here we have parked above Cruz. The last bit was the steepest I have ever driven by car. When we returned, the road was so slippery after the rain that it wasn’t possible to brake, the car started to slide immediately. If it hadn’t had ABS brakes I don’t know what would have happened. 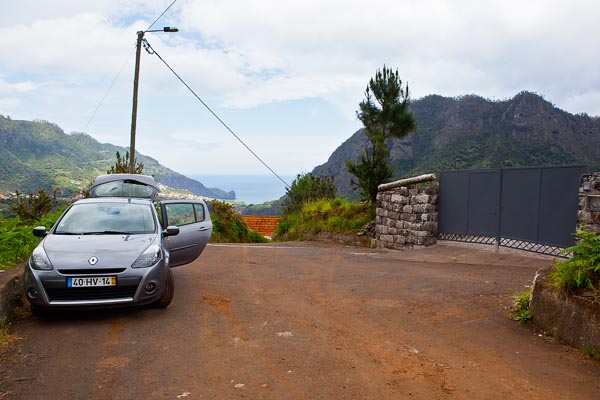 This is the slope. The mountain beyond the village is called Eagle’s Rock, it’s a landmark for seafarers north of Madeira. It may be worth a hike of its own. 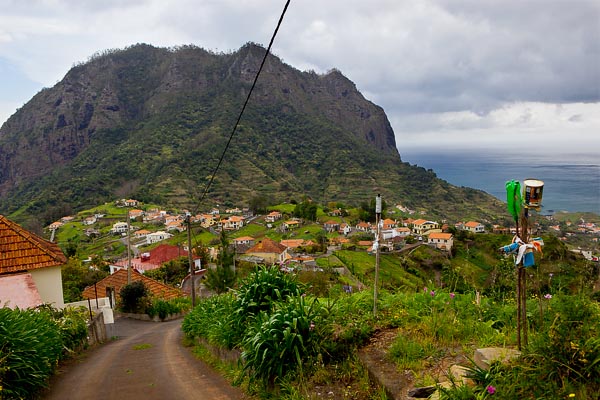 Madeira is truly an island of flowers. There is always something in bloom, all year round. And you find flowers with such intense colours. The beginning of this levada walk passas a few meadows where we found this plant among others. I have no idea what its name is, but for our personal use I have named it fireflower. 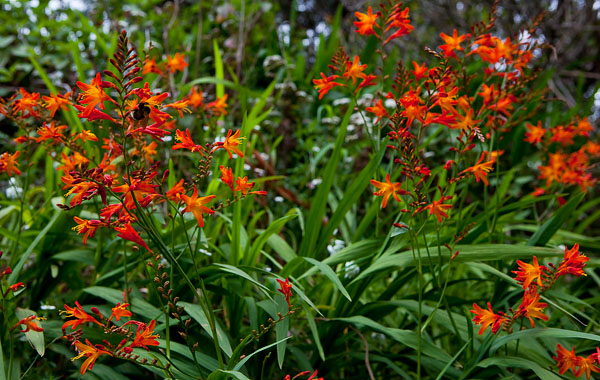 A closer look at a fireflower. 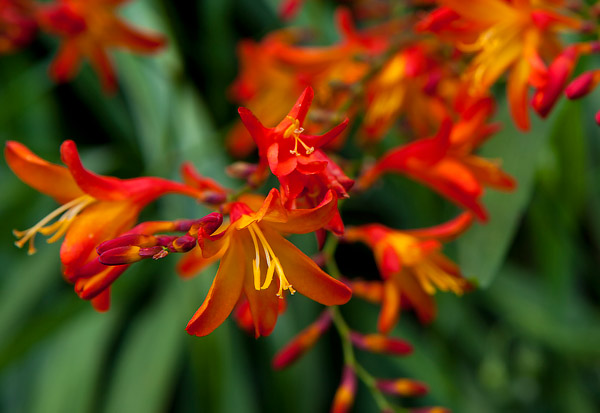 I don’t know the name of this one either. It looks like something belonging to the carnation family. It too has the most intense colour you can imagine. 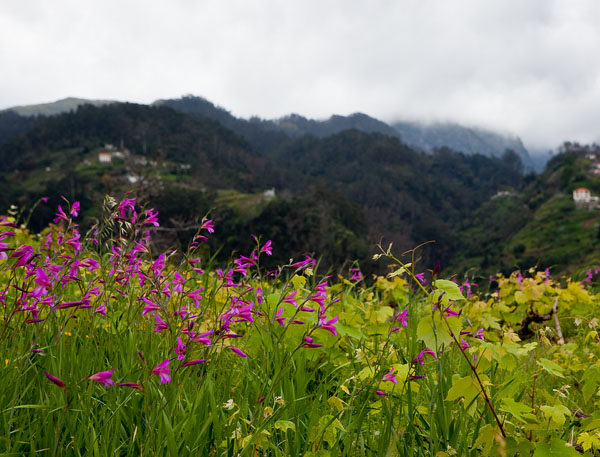 A closer look at this one too. 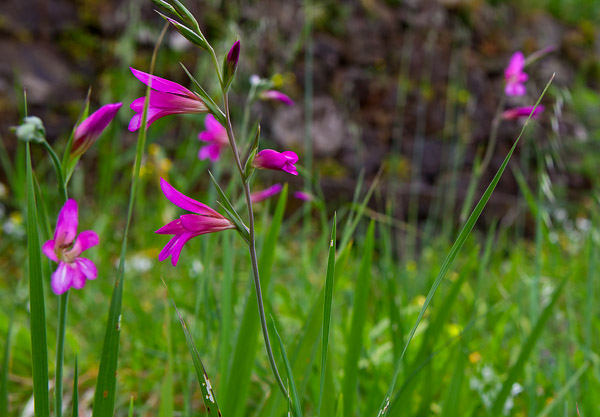 I’ve had garden nasturium myself, easy and goodlooking in the garden. This is no garden though, it grows like weed here. (In Sweden we have the expression “grows like weed” about something that multiplies easily and seemlingly without any effort. Don’t know if the expression has the same meaning in English. In this case it’s obvious though.) 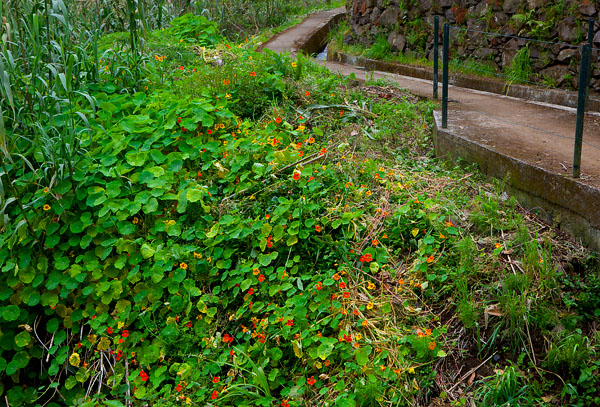 Att the beginning of the walk we pass some of the highest situated houses in Cruz. The levada almost seems to be part of the house. 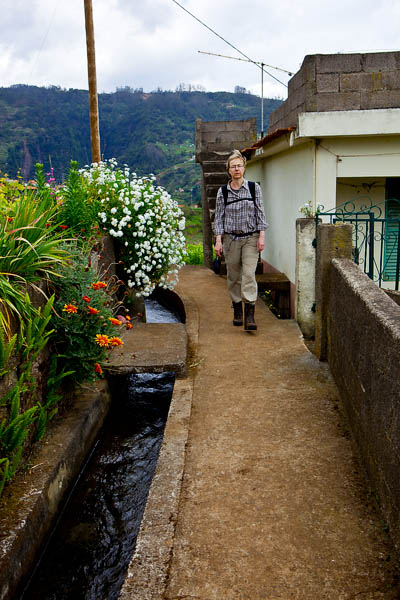 But it is not long before the levada turns south, into the valley. This is the last building before nature takes over. On the other side a waterfall dashes down towards the river. 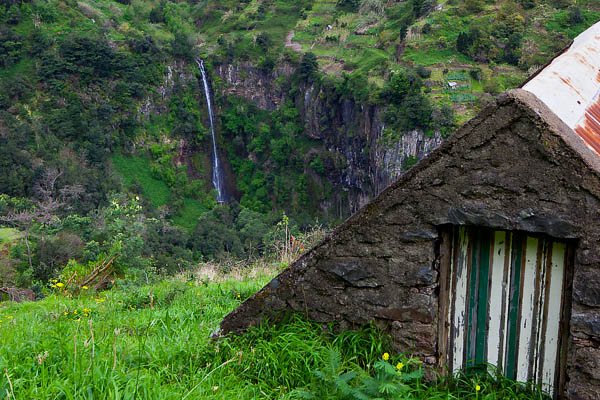 Here begins the wilder part of the hike. Ribeiro Frio runs a some hundreds of meters below us and to the east the wall of the mountain rises even higher. 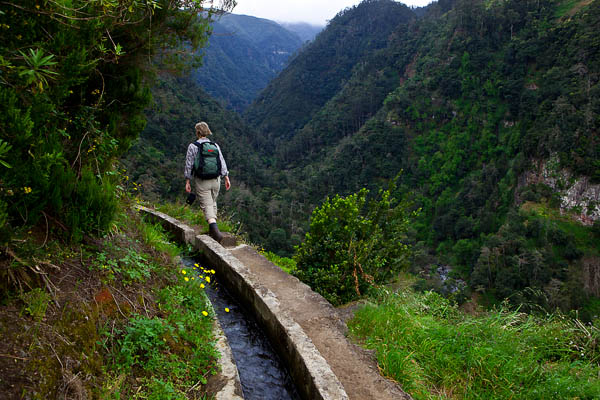 We have come to the beginning of the levada. There isn’t a lot of water running in Ribeiro Frio at the moment, but it is enough to fill the small chilly pond, which in turn provides the levada with water. If it had been a warmer day a freezing swim in the pond would have felt wonderful. 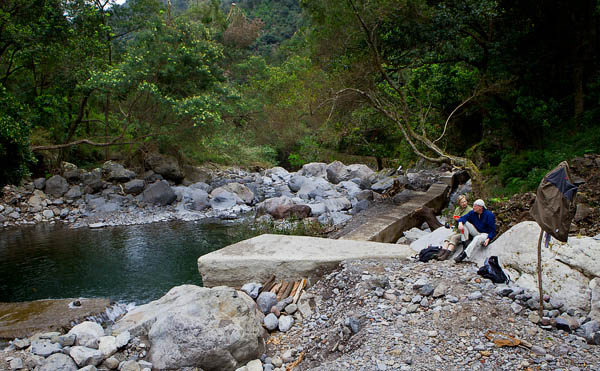 The nature of Madeira, exciting and varying. 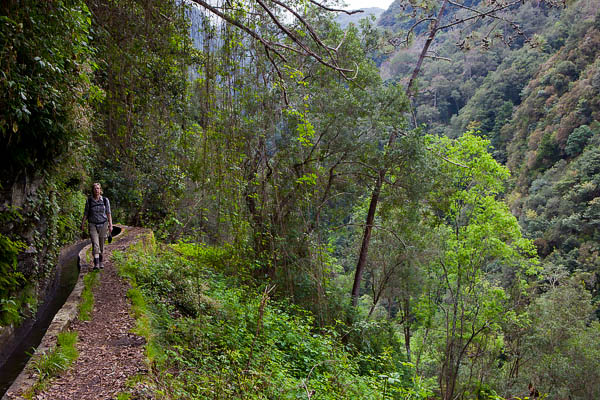 A last levada picture. Close to this place we had an unusual experience. On our way back, on the one foot wide path, with hundreds of meters of nothing on one side, we met a couple of joggers in full speed. It was so narrow we had to squeeze against the mountain wall on the inner side of the levada to be able to pass each others. And if they haven’t fallen over the edge by now they are still alive and in good condition. 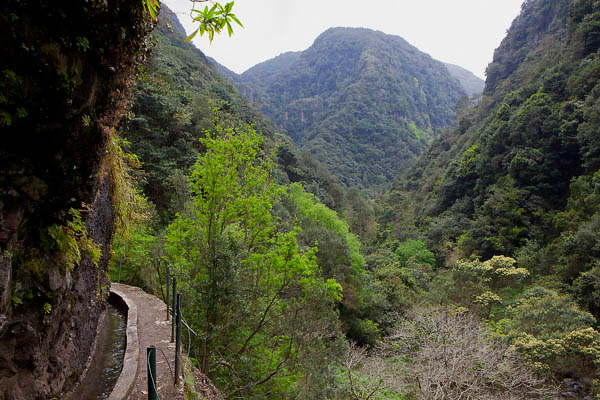