April 16. Today we went to Funchal again. There was a flower festival going on, one of the big annual events on Madeira. Wherever you go there are artful flower arrangements on the streets and pavements. We also saw the big flower parade that took place on the 18th. Pictures later. 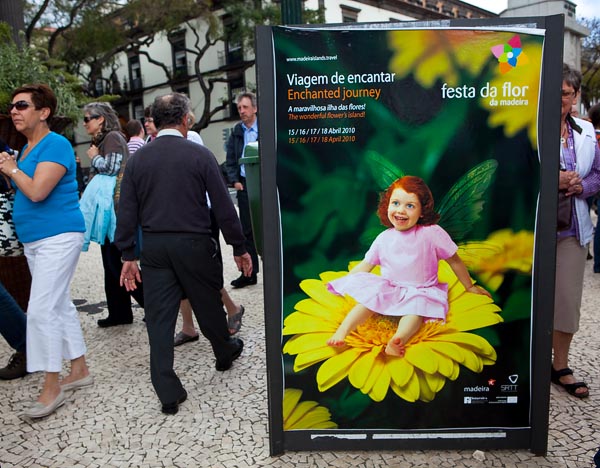 There were arrangements en masse of this kind. Countless flowers have been used to decorate the town. 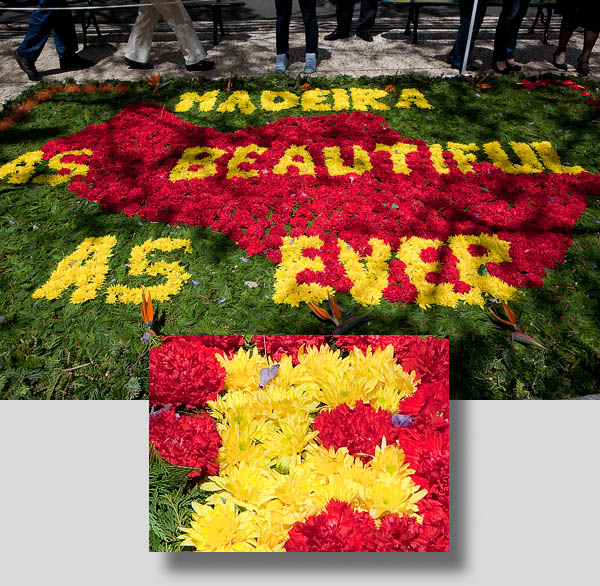 A close-up on geometrical figures made of small flowers. 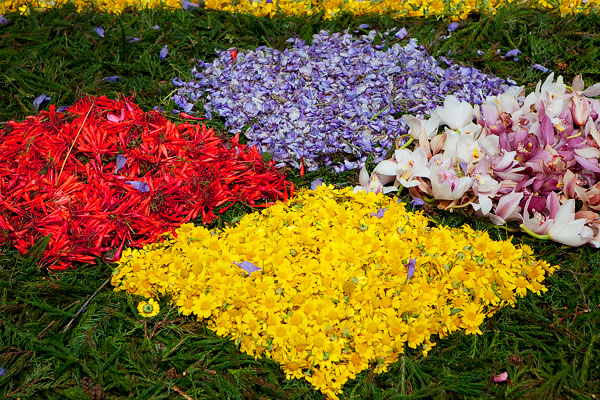 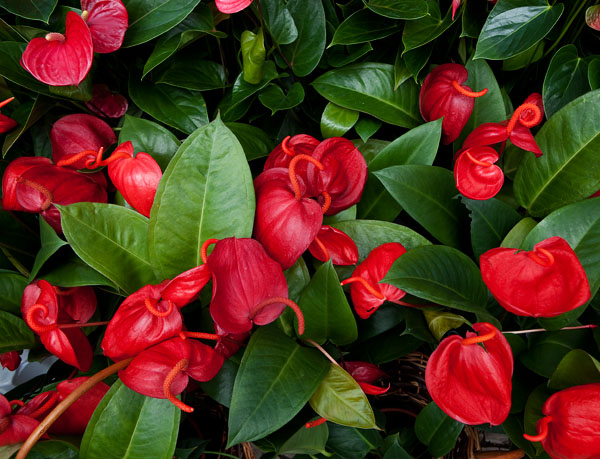 Mud covered mime artist entertained the crowd. Here is a male one… 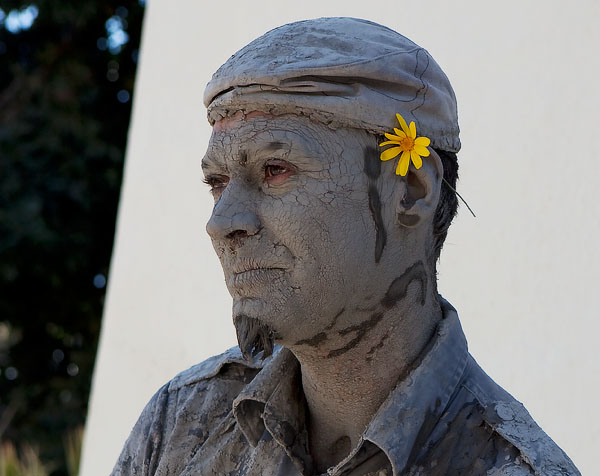 …and here is a female one. The tourists were delighted. 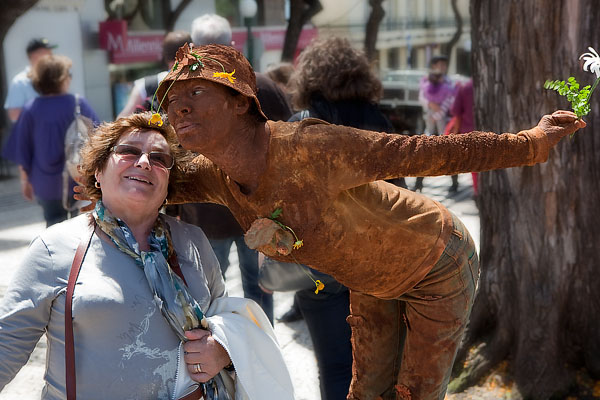 A rest in the Santa Catarina park above the harbour. 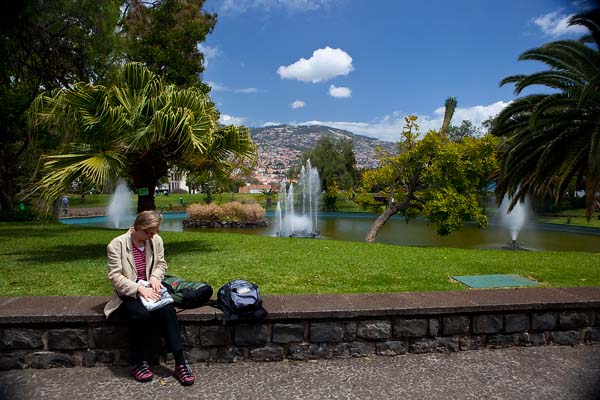 If you want a cheap and tasty lunch you should look for one of the small restaurants for the locals in some narrow alley. Here we are consuming a simple but nourishing soup. 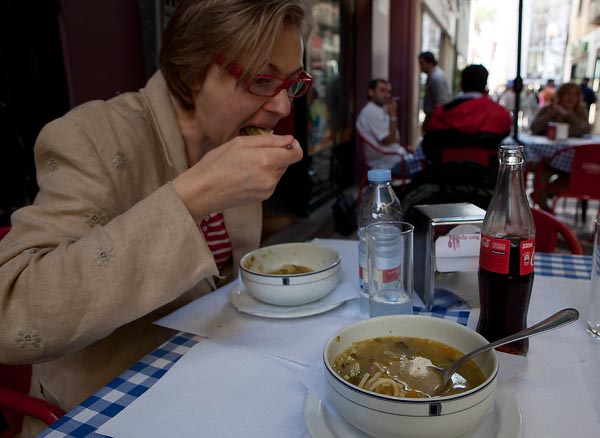 We went to the great bustling market, Mercado dos Lavradores. Here the farmers come to sell their fruits and vegetables… 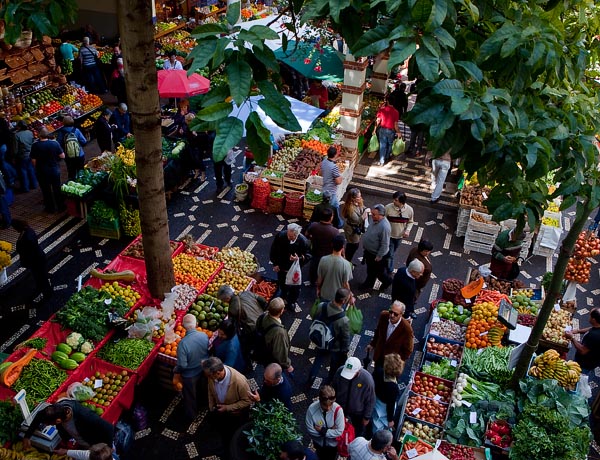 …and the fishermen come to sell their fish. 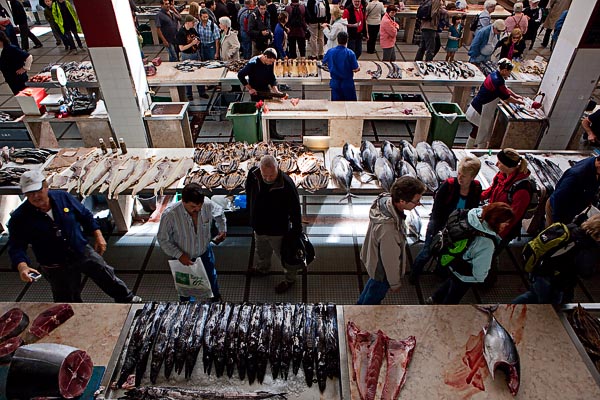 The fish department is exciting for a guy like me who has only been fishing for perch and roach at home in Sweden. 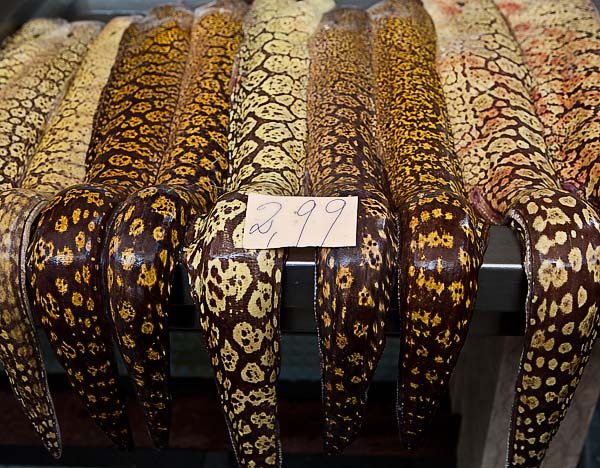 And here is the famous espada, the deep sea fish that is a standard dish in every restaurant on the whole of Madeira. It is monstrous but very tasty, mostly served with grilled banana, potatoes and a mountain of vegetables. It lives at 2000 meters depth in the ocean. The big eyes are useful for animals who live in such a dark place. Here they lie on their bed of ice with broken eyes. 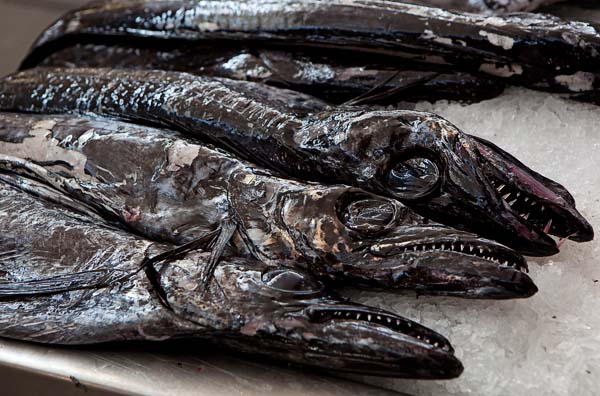 Funchal had had terrible floods earlier, where heavy rain gathered in the two river beds until they couldn’t hold any more water. Street were destroyed, housed washed away and people died. There were still water in the river on our visit, but only in a moderate quantity. A great deal of damage was already repaired. 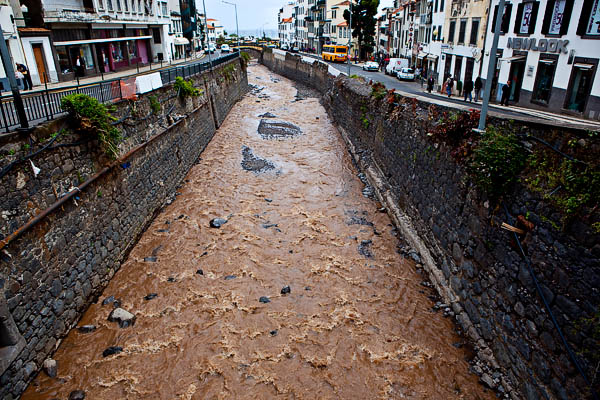 Here you can se how the mud from the river has made the harbour water brown. 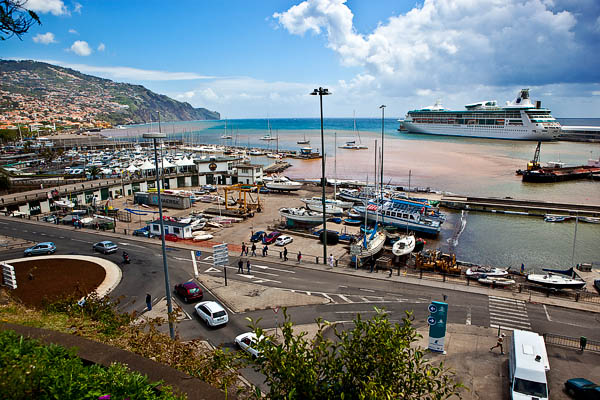 We drove up to Monte in the afternoon. Monte is a popular tourist place since this is from where the famous sleigh rides start (traditional wooden sleighs going down the steep hills all the way to the center of Funchal). Some nice levada walks starts here too. On this picture you can see that the whole mountain side had slid down into the valley. The house owners had a narrow escape. To the bottom left you can see the cable cabin that will take you all the way from the harbour in Funchal up to Monte. A truly spectacular ride. 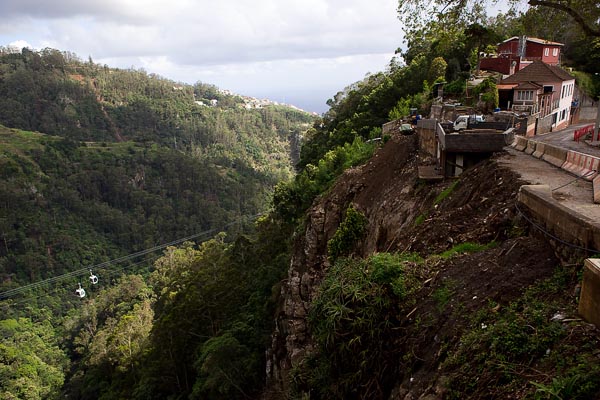 I have a peculiar relationship to doors. I always feel compelled to take photos of interesting doors. A psychologist probably would have interesting things to say about it. Here is a door I found in the Santa Catarina park. 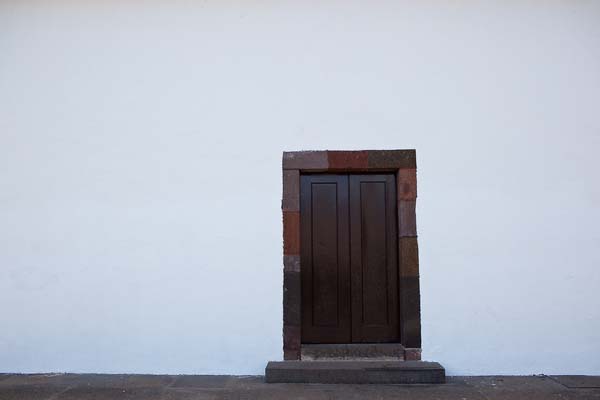 And here are some Madeiran souvenires. What makes them so specifically Madeiran we still haven’t found out. 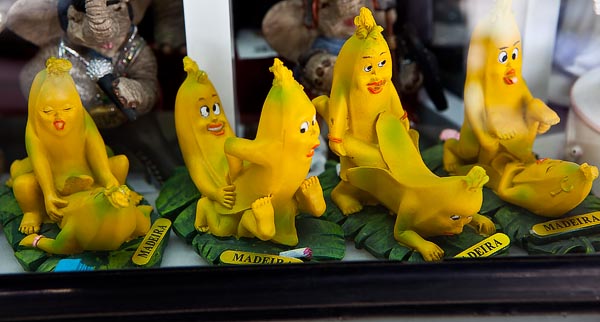